Ricardo Chambers is a seasoned sport commentator and journalist, who has worked in the field for more than a decade. With a start in stadium announcing from his high school days, the Calabar High School old boy began his sport journalism career at the tender age of 18 with KLAS Radio. Since then, he has worked as a broadcaster at the RJRGleaner Group and currently at SportsMax Limited as a broadcaster/sport journalist.

In this episode, Ricardo speaks about his background in sports, being mentored by the late Tony Young and his role as a story teller in the media landscape. He also shares about his transition from RJRGleaner to SportsMax Limited, learning from the different perspectives by working with individuals
such as Lance Whittaker and Donald Olive and achieving his career goals.

He gave his expectations for Jamaica and the Tokyo 2020 Olympics:

He also spoke of the prospects of Jamaica’s performances in the 400mh women, 400m men and women sharing his views on the Jamaican athletes in those events including Christopher Taylor,  Rusheen McDonald, Kaliese Spencer, Rushell Clayton and Janieve Russell.

Other topics regarding Jamaica’s track and field discussed are:

Connect with Ricardo on:

You can listen to The Drive Phase on any podcast directory. Here are a few:

Enjoy listening to our podcast? Consider making a donation! 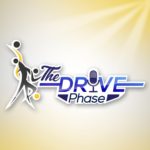 If you need to stay up to date on the latest events, we provide it in tidy format.

Scroll to top
We use cookies to ensure that we give you the best experience on our website. If you continue to use this site we will assume that you are happy with it.OkPrivacy policy